About the Staff at Organize to Excel 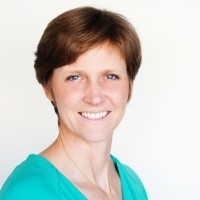 Katherine is the proud owner of Organize to Excel. She is a member of the National Association of Productivity and Organizing Professionals and of the local Los Angeles chapter. She served on the NAPO-LA Board for 5 years holding the several positions, including President. She oversaw the Los Angeles Organizing Expo and the Los Angeles Organizing Awards and spearheaded Chapter volunteer activities during her tenure. She was awarded both the Raising the Bar and Leading Edge Awards by the Chapter, the Chapter’s highest awards for service and contribution to the Organizing Industry.

Katherine is committed to providing you with the best the industry has to offer. Katherine has a Ph.D. in Electrical and Electronic Engineering from the University of Canterbury, New Zealand. After completing her Ph.D., she worked as a postdoctoral researcher in the Department of Neurobiology at the University of California, Los Angeles. She left UCLA after the birth of her daughter in 2003, and, early in 2006, Katherine founded Organize to Excel. Katherine continues her education about the organizing and productivity industry, completing CEUs in organizing and productivity provided by NAPO and by her local chapter. She trained as a Neurolinguistic Programming Practitioner in New Zealand. She is also trained as an Organizer Coach through Coach Approach and is a trained Coaching Facilitator. She is an Evernote Business Certified Consultant. 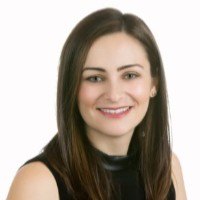 Nicole Boudakian-Mahmood is the lead organizer at Organize to Excel. She moved to Los Angeles in late 2010 to pursue a career as a professional organizer after earning her B.A. in Psychology from the University of California, San Diego.

She became a member of the staff of Organize to Excel in November of 2010, and shortly after joined NAPO and NAPO-LA, through which she has attended a national conference and classes to extend her knowledge about organizing. Nicole enjoys the work of finding solutions for each client’s unique challenges, whether it be a home office or a kitchen. She focuses on working with her clients to build the best systems for them.

Nicole lives in West Los Angeles and her hobbies include baking, volleyball, and travel with her husband. She earned her credential as a Certified Professional Organizer in 2018. 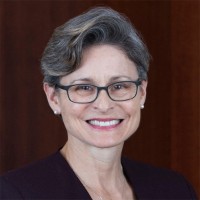 Lisa Tinker has been an Organizer for Organize to Excel since 2019, and is a member of the National Association of Productivity and Organizing Professionals. She has rapidly expanded her knowledge base by engaging in a broad range of classes at NAPO.

“Katherine is the answer to a disorganized person’s dream!  She and her team came in and organized my office, closet and garage.  Wow!  what a difference!  The lack of clutter makes me want to work and makes me more efficient.  I highly recommend Organize to Excel.” – George

“Forget the emotional drain of continually wasting time trying to find things. Time is money!!  The cost of hiring Katherine and her crew is peanuts compared to the rewards of having a system to know where put and find everything.” – Larry

“Nicole was pretty much the best thing that happened to me this year! I have a tiny tiny 1bd apartment and she really gave me the best options for how to make my place decluttered and have more storage space. My apartment feels much more open and I’m not embarrassed to bring people over anymore. This was like hiring a gym coach, but for organizing. So thank you so much for making my place feel much much better that’s actually useful and fit my needs. Thanks, Nicole!!” – Gabby 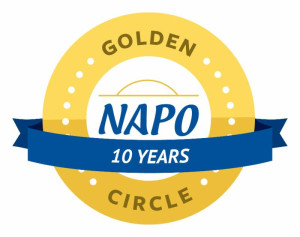 Get expert organization tips delivered to your inbox every week!